They have pastries, too 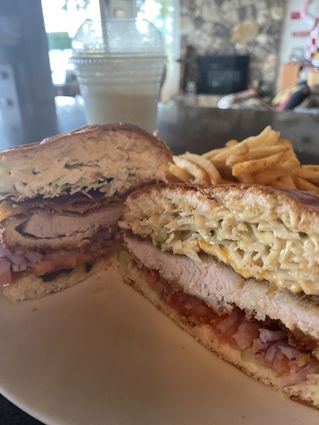 Katsu Burger has opened a location on Highway 99 in Edmonds.

What meal would be at the top of the list of most comforting, satisfying, and beloved in the U.S.? Probably a burger, fries, and a shake.

What could make this all-American favorite even more cravable? A Japanese twist.

Seattle's well-known Katsu Burger has just opened its seventh location, in Edmonds, and that is very good news for us. The restaurant describes itself as Japanese fusion, a taste of Japan with a commitment to its customers from its restaurant roots in Seattle.

The base of each burger at Katsu is a "hand-formed, miso-seasoned, Japanese-breaded, and American-sized fried goodne...