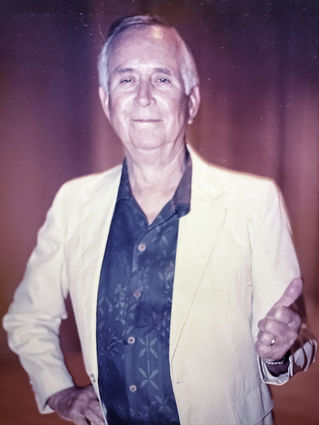 Gilbert John Nash, 91, passed away peacefully at home on Nov. 3, 2020, after a brave battle with cancer. He is survived by his wife of 59 years, Arlene Nash, and his children: Karen Nash; Julie (Manuel) Nash-Santos; Nancy (Tom) Nash-Rees; Ken (Janet) Nash; and Russell (Megan) Nash.

He had a large, loving family that also consisted of 11 grandchildren, nine great grandchildren and many other nephews and nieces.

Gil was born on Sept. 24, 1929, in Seattle, Washington. The son of John and Elsie Nash, he graduated from Ballard High School in 1947, where and he and his two brothers (Bill and Jerry) attended. Gil and Jerry played basketball and were the first cheer kings for Ballard High School.

After high school he joined the Naval Reserves and, soon after, attended the University of Washington, earning a degree in mechanical engineering. Gil was a lifelong Huskies fan, especially football, attending many games for over 65 years.

He worked at Boeing as an engineer for 33 years in many areas, including maintenance and ground operations and customer support. He was able to travel the world and enjoy so many fascinating experiences, from several countries in Europe, South America, and the Middle East, and in Korea, China, the Philippines, and Hong Kong.

Gil's interests were many, and included boating with his family and friends in the San Juan Islands, hiking, golfing and especially enjoyed time at his vacation home on Lopez Island.

He lived in the Edmonds area for over 60 years and was always busy either working, playing or chasing around his five kids. He enjoyed walking the Edmonds waterfront three times a week with friends and family for the "Beer Walk" ritual.

Gil will be remembered as curious, family orientated, active, smart, logical, and funny.

He had a lot of fun over the years, and he will be greatly missed by anyone who knew him.

A poem written by Gilbert in 1976 regarding his immortality and wish to be cremated:

#A third of me to the sea

A third to the mountains high

A third to where my family desires

Under a stone looking up to the sky?

If after the excursion of heaven above

The almighty is not to be found

I should hope that reincarnation occurs

As a seagull around Puget Sound.#

There will be no services due to the COVID pandemic.