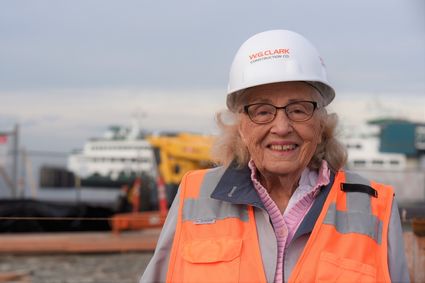 One person has been instrumental in setting the Edmonds Waterfront Center in motion many years ago.

In the mid-'90s the organization went through a difficult patch when some said the board of directors lost touch with the membership, according to Waterfront Center Executive Director Daniel Johnson.

As the mother of U.S. Sen. Maria Cantwell (D-Washington), Johnson said Rose led the charge for a change in board leadership and ended up being elected board president.

When the organization decided that the Senior Center building, with its sinking floors and failing plumbing, had to be replaced, Rose offered to co-chair the capital campaign, which would grow to $16.5 million.

"Rose did not want to just build a new Senior Center," Johnson said. "She wanted to build a center for people of all ages, saying, 'Our society has segmented our communities by age – young families here and our seniors there. We had it wrong. We need to bring the generations together.'"

A famous Rose quote, memorialized in a campaign video, is "I am going to roll up my sleeves and get to work on the capital campaign because it needs to be done!" That quote has been incorporated into the masthead of every board and committee agenda as the center's battle cry, Johnson said.

To honor Rose's contribution to protecting the voice of the voiceless and delivering on the promise of the new Edmonds Waterfront Center, the community meeting room on the first floor will be named the Rose Cantwell Community Room.