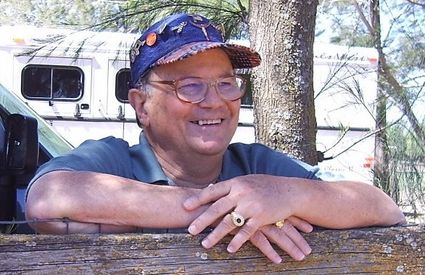 He started in chemical engineering but moved to government affairs for the majority of his career, retiring for ARCO at the age of 50. Gary enjoyed spending time with his family, watching his collection of movies, and watching sports (especially the Dallas Cowboys and Seattle Seahawks). He helped with Meals on Wheels and volunteered for the Special Olympics and the ARCO Jesse Owens Games.

He also loved math and being a part of the Junior Achievement Organization, and was a fellow Boy Scout. Gary was a lover of nature, especially eagles. He collected patriotic pins for his hats, stamps and coins, books about golf, baseball, football and movies.

He helped substitute teach and was an assistant coach for girls basketball as well an announcer for numerous sporting events. He was also a referee for girls soccer and an umpire for baseball.

As a father, he passed on his love of life and firm understanding of what was important. Every moment was a learning experience, and you did not let it pass you by. His actions consistently showed his love and pride in who his children became. Gary taught us that life does not owe you a living – you make your living.

His grandchildren will always remember feeding the ducks, being pushed in the swings at the park and going to Disneyland with their papa. His family witnessed his devotion to them as he traveled across the country to be with them, wherever they may be, over and over throughout the years. He made sure his family always knew how proud he was of them and their willingness to care for others.

It was rare to see him in anything but a baseball hat, eagle shirt, his favorite Costco sweats, and tennis shoes that never seemed to get dirty. If you had time to kill (more like half a day), you could learn how to budget your entire life and never have money problems again. His movie collection had its own well-organized storage area and was insured to match his love of drama.

If you managed to find yourself in trouble, you always knew what you did wrong since he had a knack for repeating the lesson you should learn until you could recite it backwards and forwards. No task was too small or large for him, and he never hesitated to offer his help in anyway. He could make you laugh out loud with his dry sense of humor and endless silent laughing while watching the sitcom, "Friends."

As he grew older, he found a balance between laying down the law and giving loving advice to help push you in a direction that would better your life. There was not a side of the family, extending from Washington state, California, and Texas, that did not benefit from his wisdom and helping hand. His loving guidance will be heard in the hearts of all who knew him.

He was preceded in death by his parents; sisters Joannie Jenkins and Judy Lorenzen; and daughter Brenda Smith.