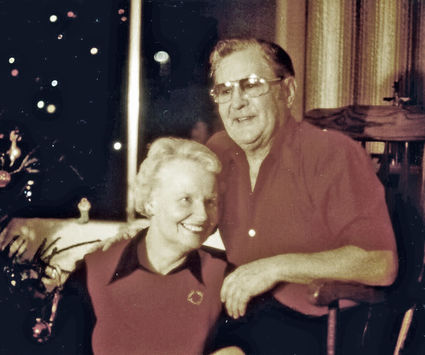 Elsie Bigelow, born Dec. 6, 1926, passed away peacefully on Sept. 14, 2020. Elsie Bigelow, nee Ala, was raised on a small subsistence South Dakota farm along with her big sisters Viola Ala and Mabel Harrison and her younger brother Alvin Ala, all now deceased after living long book-worthy lives.

Finnish was the primary language on the farm, and on Saturdays old-style Finnish saunas were the primary means of cleaning up after a week of farm work. Elsie was accepted to a rigid nurses training program at age 17, having graduated as valedictorian from Whitewood High School, along with four other classmates. She went on to be an outstanding and caring nurse, primarily as an industrial nurse at Boeing, where she met her second husband, Robert Bigelow.

Her daughter, Penny Wight, 2 years old at the time, was particularly happy to help Elsie choose such a wonderful husband and father to carry on with them until his death due to cancer in 1983. Together Bob and Elsie brought love and laughter to countless folks, something we all need more of today.

Thanks to Bob, Elsie acquired a beautiful 12-year-old stepdaughter, Glyness, who though living in San Francisco visited the Bigelows in Burien often. Elsie and Glyness remained very close until Glyness's death due to cancer in 2014. Elsie was a cancer survivor herself, and continued to work hard, read voraciously, exercise every morning, and walk two miles a day throughout cancer treatment and into her 90s.

She was a seamstress, quilter, and knitter, and was active in First Lutheran Church in Poulsbo and Trinity Lutheran Church in Lynnwood. She is survived by her daughter Penny Wight; Penny's husband, Dennis; and their sons Dan and Ian of Edmonds, Washington.

She is also survived by Glyness's children, LaRayne Thompson, Ken Riddiough, and Kevin Riddiough; their mates and children; LaRayne's grandchildren; and generations of nieces and nephews, all who Elsie loved dearly.

She will be sorely missed. Elsie wished memorials be given to Fred Hutchinson Cancer Research Center or the churches named above.