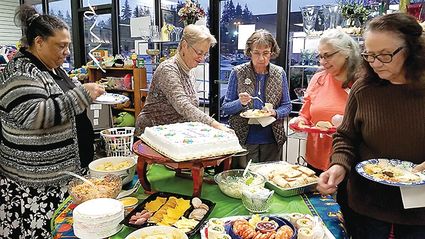 When the old Edmonds Senior Center had a good day, it would pull in up to $500 a day. When the senior center was demolished to make way for the Edmonds Waterfront Center, the store moved into what was thought to be a temporary location in the QFC shopping center at Westgate.

Now, with that new location pulling in between $1,500 and $2,000 on a good day, Waterfront Center CEO Daniel Johnson has made the call: The thrift store will remain at the shopping center at 100th Avenue West and Edmonds Way.

Look for a behind-the-scenes story and pictures of the Waterfront Center – scheduled to be co...