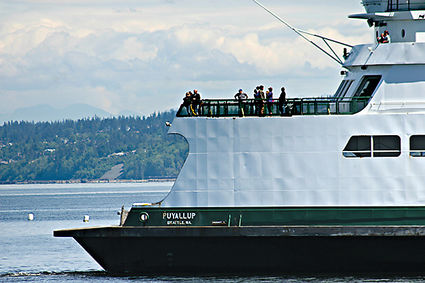 The ferry Puyallup was out of service Saturday, Oct. 10, after it was struck by lightning near the ferry dock, according to Diane Rhodes with the Washington State Ferries.

No one was injured on the ferry, Rhodes said, but the lightning affected the navigation system, and the Coast Guard said the ferry would have to stay docked after nightfall until the system could be repaired.

Because of the strike, three ferry runs were canceled after 7 p.m., leaving the Edmonds-Kingston run on a one-boat service for the rest of the night.