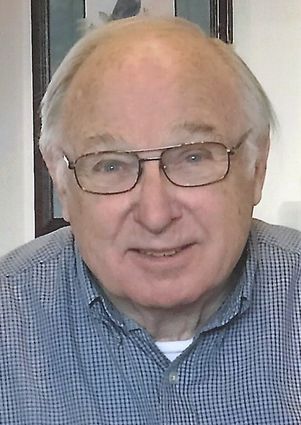 Charles Ronald Peeler ("Ron") passed away on Friday, August 14, 2020, at the age of 77. After several years of declining health, he died peacefully of non-COVID-related illness with his daughters near his side.

Ron was born in Sparta, Illinois, November 10, 1942, to Calvin "Blaine" Peeler and Elizabeth (Lawless) Peeler and older brother Blaine "Larry" Peeler. The family settled in East Alton, Illinois, where Ron graduated from Roxana High School in 1960. He attended Southeast Missouri State College, graduating with a degree in education in 1964.

It was during his time at South East Missouri State that he met and married his lifelong love, Mary Ann Jones, on October 2, 1965. During their honeymoon, they drove to Washington State to begin their new life together. They lived in Shoreline, Washington, 40-plus years before retiring to Ellensburg, WA, in 2013. Ron and Mary Ann had celebrated 52 years together before Mary Ann passed away in 2018.

Ron completed a Master's degree in Education from Seattle Pacific University in 1972. After a short career in education, he held various jobs in the fields of grocery and insurance before starting his own contracting business in the mid 1980s. Ron named his business "RSP Services" after his 3 daughters – Rebecca, Sherry and Pam. He provided general contracting services in the North Seattle area for 30 years before retiring in 2011.

Ron and Mary Ann were both faithful members of Calvin Presbyterian Church in Shoreline for years and made many lifelong friendships there.

Ron joined the Big Brother program when he lived in Port Angels, WA, and was blessed to be matched with little brother Daren Stephenson. They enjoyed their relationship through the years.

Both Ron and Mary Ann were active in Pioneer ministries as their girls grew up. They loved and supported Cascade Camp Cherith (now Cedarbrook) for many years.

Ron deeply loved the beautiful outdoors of the Pacific Northwest. He was a lifelong hunter – and the weeks he spent deer and elk hunting with his good friends, as well as canoeing the Bowen Lakes, were the highlights of his year. He purchased some property on the Entiat River (WA) in 2001 and built a small cabin. He loved spending time "on the Entiat" and escaped there as often as he could.

Ron had a quiet strength about him and was a great father and very loyal friend. He will be deeply missed by all that knew him.

Brookside Funeral Home is caring for the family.