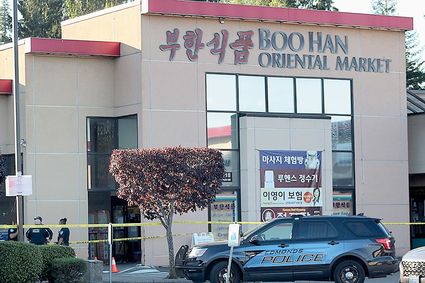 Police gather at Boo Han Oriental Market in Edmonds after a triple shooting Tuesday that left one person dead.