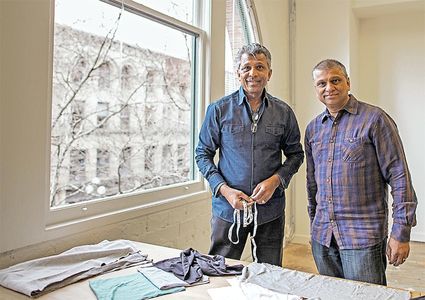 Raj Shah, left, and Akhil Shah have donated $50,000 to the Edmonds Waterfront Center.

In January 1971, Raj Shah was 16 years old when he immigrated to Edmonds from his native Kenya. With an older brother working for Boeing in Everett, Raj moved in with his new host family, Frank and Dorothy Neal in Edmonds, where he enrolled at Edmonds High School.

It was a houseful – Raj was joining the mix with host brothers, William and John, and their sister Teri. Raj's younger brother, Akhil, joined him with the Neal family a year later, when he also turned 16.

"It was very unusual for kids of our age group to be sent outside the country," said Raj. "But even back in the '70s, Ameri...