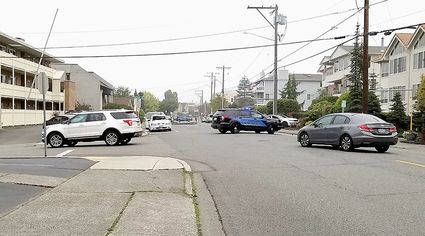 Multiple cars were hit Sept. 17 by a driver who was later arrested.

According to the Snohomish County Sheriff's Office, at about 10 a.m. a 28-year-old Everett man was arrested after stealing a vehicle, hitting numerous occupied vehicles, leading deputies on a pursuit into King County, and intentionally ramming a deputy's patrol vehicle.

"My mom was walking her dog and luckily chose not to cross the street when a flatbed truck with what looked like a small cement mixer on the back bed sped too fast,...