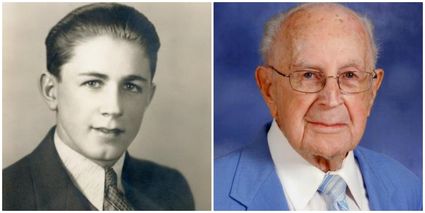 Joseph Dwyer, a longtime resident who was honored in Februrary by the City, has died. A funeral mass was held Sept. 11 at Holy Church.

Dwyer is survived by his daughter Anne Barker of Sammamish and his son Steve (Karen) Dwyer of Edmonds; his grandsons Michael (Ashley) and Jason (Kathleen) Barker, and David Dwyer; and his great-grandchildren Jonathan, Christine, Leland, Lilly and...