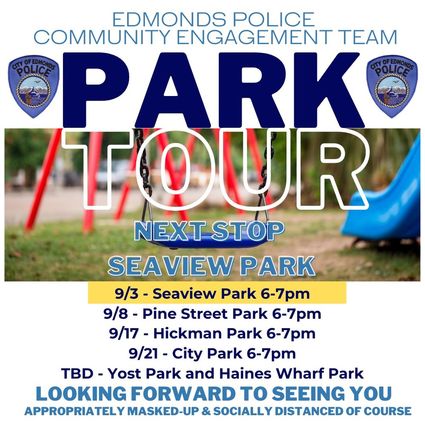 Want to ask the Edmonds Police Department some questions?

That the idea of the department's Community Engagement Team, which held its first "Park Tour" recently at Mathay-Ballinger Park in the city's east end.

"We realized that our residents are using the parks and getting out of the house," he said. "We believed that this would be a good way to go out to them and let them approach us. We feel the first session went well. I posted a follow-up to the questions we got on our Facebook and Instagram accounts."

Dates for Yost and Haines Wharf parks will be announced.