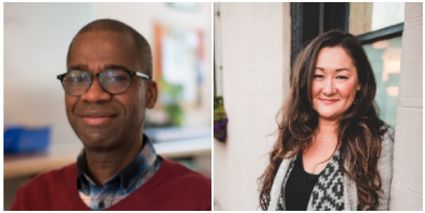 The Diversity Commission has named Sekou Koné and Nikki Okimoto Glaros to the nine-member volunteer, advisory body. Here is a little about them, in their own words:

Sekou Koné is a first-generation immigrant from Côte d'Ivoire (Ivory Coast), in West Africa. He immigrated to New York City in 1994 and moved to Seattle in 1997, where he met and married Alicia. Sekou became a U.S. citizen in 2003. He is a licensed nurse, and in the U.S. his career focus has been in health care.

Koné maintains strong ties to Abidjan, where many of his family members st...

I am quite pleased to see diversity added to the Edmonds Diversity Commission. Mr. Kone & Ms. Glaros, you are a welcomed addition and I wish you both much success!