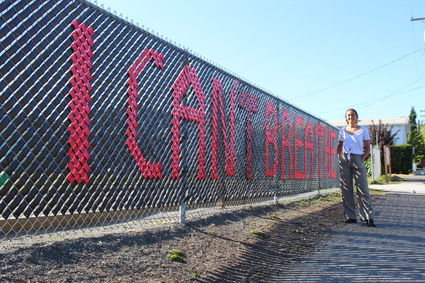 Christobel Jamison created the "I Can't Breathe" artwork as part of the City of Edmonds' "On the Fence" project.

The charges come after last month's decision by the Snohomish County Prosecutor's Office's decision not to file a hate crime charge against the 69-year-old man, which the Edmonds Police has pushed for.