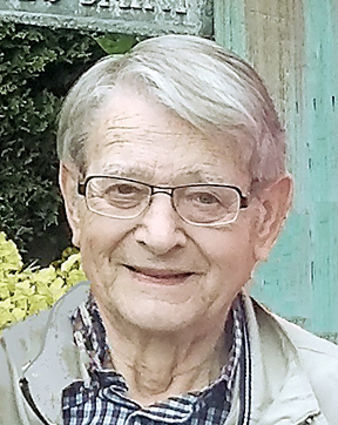 Thomas Jacobus Moons was born in Linschoten, Netherlands, in 1933.

The second of 13 children and oldest boy, he worked on the family dairy farm, went to seminary at age 12 for six years, and transitioned to get a degree in automotive engineering. In 1956, he came with his family to the United States as a refugee through Catholic Relief Services.

Originally in Iowa, their entire family eventually relocated to Southern California. It was there he met his future wife. In 1963 he married Ethel Bettencourt, who would be at his side until his last day here on Earth.

Soon after their first daughter was born, they moved to Yakima Valley to start a dairy. With bailing wire, hard work and Ethel at his side, they turned a rundown dairy farm into an award-winning prosperous business and beautiful home for their daughter and two boys.

During this time, Tom was active in the Dairy Federation, also serving as DHIA president for a term. He kept steadfast in his faith as a Catholic and a member of the Knights of Columbus. After retirement, he volunteered with a focus on children and teens. He helped first graders learn the computer in the early years of computerization, worked with high schoolers in woodshop, and mentored young boys.

In 1999, Tom and Ethel moved to Edmonds, WA. Tom would spend the next 20 years watching his grandchildren grow, recruiting more Knights, watching the Sounders, and of course always tinkering with projects, including Christmas mangers for all his children and grandchildren.

He never lost his Dutch roots, mischievousness, twinkling smile, and desire to reach out to family and strangers alike.

Within a week of celebrating his 57th wedding anniversary, Tom breathed his last with wife at his side, as always. He was called to be with God on August 9 as he was saying the rosary with his wife, reflecting his love of Mary and dedication to his faith. We thank God for the blessing he was to us.

He is survived by his wife, Ethel, of Edmonds, his three children, Carolyn (Ed Foster), Brian (Susan), and Jonathan, and his nine grandchildren.

A funeral will be held Friday, August 28, at 10:30 a.m. at Holy Rosary Parish in Edmonds, WA. Due to COVID restrictions, attendance is by invitation only. We welcome everyone to watch the live-streamed Mass. Link to live-streamed https://tinyurl.com/yy58rtll, Holy Rosary Edmonds You Tube page.

In lieu of flowers, please make donations to Catholic Relief Services at support.crs.org.