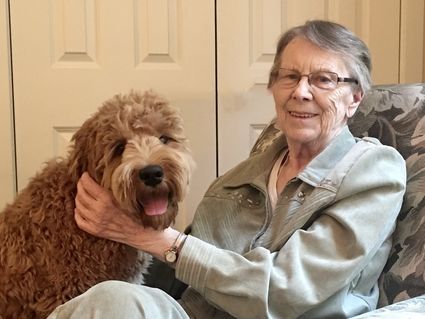 Beryl was born in Huddersfield, England, and emigrated to the United States in the 1960s. She lived for many years in Troy, Michigan, where she was active in the PTA, Athletics Boosters and Girl Scouts, and later volunteered at Troy Beaumont Hospital.

She moved to Edmonds in the late '90s to be closer to her children and grandchildren. Before her health precluded it, she enjoyed volunteering at Swedish Medical Center in Edmonds and was an active member of the Daughters of the British Empire.

Remembrances may be made in Beryl's name to PAWS of Lynnwood at http://www.paws.org.