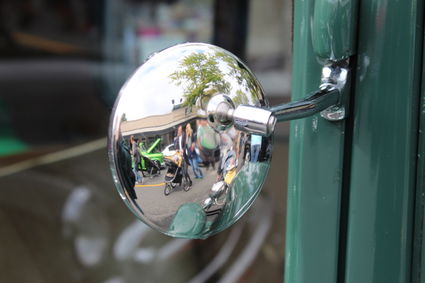 The Classic Car Show is canceled for 2020.

The Edmonds Chamber of Commerce has canceled the annual Classic Car Show due to COVID-19 restrictions. It would have been the 20th anniversary of the event, held in September.

According to chamber President and CEO Greg Urban, the cancellation also is due in part to the uncertainty of the chamber's ability to survive into 2021 is still in question.

"Each of the community event we produce for our community are important to the viability of the Edmonds Chamber," said Urban. "As each event is canceled, we lose important revenues to keep our small nonprofit going."

"As one of the founding members of the Edmonds Classic Car Show (previously named Hot Autumn Nites), I am pretty sure the this great event in our Edmonds community will be better than ever once we get beyond this pandemic virus," said Bruce Nickolson, a community member who has planned and participated in the car show since the beginning.

Each event produced by the Edmonds Chamber relies on community volunteers. These volunteers help with planning, recruitment, marketing, and staffing of the events.

"It's a disappointment to have to take a pass on the 20th year of such a wonderful community event," said Brady Wright, volunteer car show chair since 2015. "But we are committed to a glorious return of this landmark show in 2021. Mark your calendars now and we'll see you all next September."

To date, almost 400 people have donated towards the chamber's $100,000 fundraising goal. Urban said the fundraising effort is a about a third of the way to its goal.

To donated to the "An Edmonds Kind of Hero" campaign: http://www.SupportEdmonds.com.