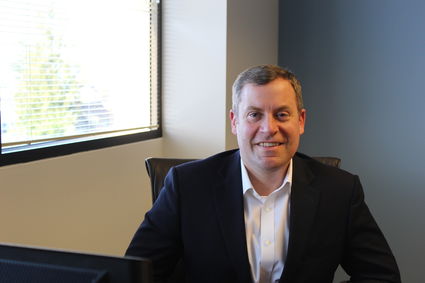 Edmonds Mayor Mike Nelson has released the following statement in response to the Snohomish County Prosecutor's Office decision not to to seek a hate-crime charge regarding the vandalism of the City-approved "I Can't Breathe" sign on Sixth Avenue North.

"I firmly believe that the malicious defacing of the 'I Can't Breathe' artwork, created by a local, young Black artist and selected as part of the City's "On the Fence" public art program, was a hate crime, and I disagree with the prosecutor's decision not to prosecute it as such.

"This is the second time our Edmonds police detectives have thoroughly investigated an incident, found probable cause, and brought forward charges of a hate crime, only to have them rejected by the county prosecutor.

"Some residents have reached out to me to express their concern that they are starting to see a pattern of the prosecutor not seeking justice for crimes against Black people in Edmonds, including the previous hate crime involving an employee of Harvey's Tavern, where (an employee) violently wielding a bat against two Black children in Edmonds.

"This is far more than just a crime – this sends a chilling message to Black people and other people of color in our community that they are not welcome and not safe.

"The prosecutor's office claims there is a 'lack of evidence' that the suspect's actions were motivated by his perceptions of the race of the victim.

"I can't breathe" (was) the statement made by a Black man, George Floyd, while he was being brutally murdered by a white police officer. It has been a rallying cry for justice against police brutality of Black people by many concerned citizens nationwide and in our local community.

"The suspect in this case admitted he was frustrated with how the police are being treated.

"It is reasonable to infer by the public display of the artist's race in the summary next to the sign, the widely published news interviews of the artist, and the suspect's actions of spray-painting over the "t" in "I Can't Breathe," that he knew exactly what he was doing: that the victim was Black, that this art is meant to shine a light on racism against Black people and police brutality, and knowing this, he chose to destroy it.

"The prosecutors regularly rely on circumstantial evidence to prove their cases. How is this any different?

"The jury decides whether a crime has been committed beyond a reasonable doubt – not the elected prosecutor. Now, a jury will never get to decide whether this was a hate crime.

"The prosecutor denied justice not only for the artist who put her heart, talent and time into this art installation, but for the BIPOC members of our community."