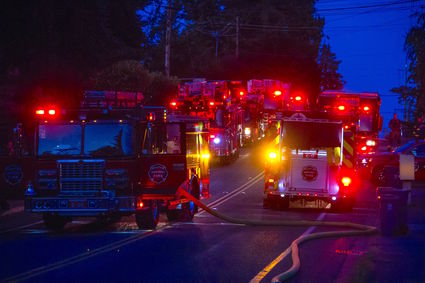 No injuries were reported in a fire that broke out in a two-story house in the 9300 block of 220th Street SW Monday night shortly before 9 p.m.

South County Fire spokesperson Leslie Hynes said investigators determined the cause of the fire was electrical and the damage estimate was put at $5,000.

"Firefighters quickly extinguished the fire and kept it contained to the deck and exterior wall of the home," she said.

"The fire did not extend to the living area of the home, and the residents were not displaced. No one was injured."