Another ("Welcome to Edmonds") sign of the times | Editor's Note 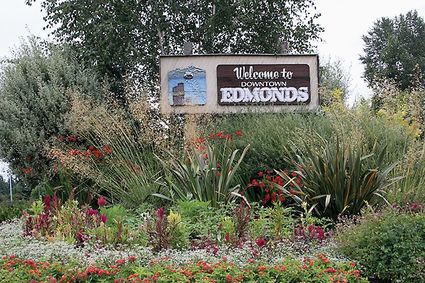 You may be wondering what happened to the City's plan to replace the iconic "Welcome to Downtown Edmonds" gateway sign placed prominently on the grassy southern entrance to Fifth Avenue South.

The answer shows the glacial crawl of government in action (discuss, plan, talk, amend, throw to public, decide again, delay) and how the coronavirus has slowed that (in)action even further.

We asked Parks, Recreation, and Cultural Services Director Angie Feser for an answer, and it should be noted that Feser has only been in her position since April 1. She gets a pass.

"It is due to COVID impacts," she said. "Our parks maintenance division is working at 70% staffing level due to the hiring freeze and, combined with increased demand on and use of our parks and modified maintenance operations related to COVID, we do not have the capacity to install the sign in the near future."

The replacement of the sign, which is more than 40 years old and the City says is falling apart, was listed as a priority for replacement in the City's 2013 strategic plan.

The funding for design and fabrication was originally approved in 2016 and was part of the 2018 budget.

In 2018, the project picked up steam, as the City began looking for a replacement and to better align the sign with other wayfinding signs around town. The cost was pegged at $40,000.

When word got out, there was (cough) dissent from residents who felt the longstanding sign was too charming to be taken down. At least go for an updated replica, said some, including local businessman Mike McMurray and well-known local artist Mack Benek. 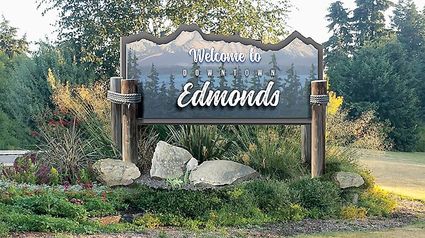 In June, the City unveiled its preferred sign, a minimalistic piece which dropped the "Welcome" and simply read "Downtown Edmonds."

That didn't go over well with the public. Try again, they said. This is Edmonds.

Finally, in May 2019, the City said – after allowing voting from the public – that it had approved a post-and-panel design from Clayton Moss, who had originally been hired by the City to create the new sign.

So next year may finally be the year, eight years after the concept was introduced.

In the meantime, enjoy the aging-in-place, beloved sign in all its crumbling glory.