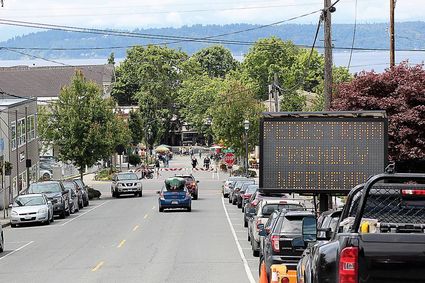 Walkable Edmonds will continue on weekends for the foreseeable future, according to the City.

After the City of Edmonds announced it would "pause" Walkable Main Street over several weeks to "work with our community partners to see how we can move this idea forward in a way that works for as many people and businesses as possible," it turns out the pedestrian-only experiment only skipped one turn.

Walkable Edmonds began the weekend of June 20, and continued the next weekend, but skipped the July 4 weekend.

So, after a hiatus over the holiday weekend, and in response to what the City says is "great community support," Main Street was again closed to vehicles from Third to Sixth avenue...