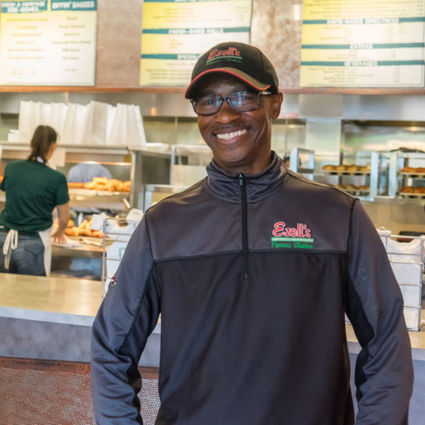 The Seattle institution, which Oprah Winfrey once famously touted, was founded in Seattle 36 years ago, serving up chicken, sides and more made fresh from scratch at each location.

Started by one sister and two sets of brothers from east Texas, today founders Lewis Rudd, Darnell Rudd, and their sister Faye Stephens are still active in day-to-day operations, joined by an extended family of 300 employees.

After waiting six years for initial funding, the family opened their first store on February 3, 1984, in Seattle's Central District. Ezell's now counts 16 fast-casual locations; 14 Seattle-area restaurants (including in Lynnwood), one in Spokane, Washington and one in Tigard, Oregon.

"On behalf of the entire Ezell's Famous Chicken family, we're honored to have this opportunity to bring Ezell's to Edmonds," said Ezell's co-founder Lewis Rudd in a news release.

"We hope to become a part of the Edmonds community as we've been in Seattle for the past 36 years."