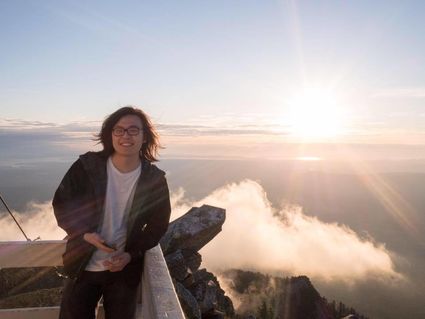 Evan Zhao, a founding member of Edmonds-Woodway High School's Students Saving Salmon, has been identified as the climber who died May 27 after falling off a trail at the British Aisles climbing area of Little Mount Si.

The Beacon first reported on the accident May 28.

Zhao was an honors student and graduate from the University of Washington.

In a 2015 Edmonds Beacon article on required setbacks at the Edmonds Marsh, Zhao spoke to councilmembers.

Zhao said he passed the marsh "countless times" while growing up, but always thought of it as "bare land waiting to be developed."

Since joining the club, he has realized how important the marsh is to the city, and said the city has the opportunity to "create our own gem."

"It can be a breeding ground for salmon, and it could also purify the water-runoff that runs through it," Zhao said. "All I ask is, why don't we realize the potential of our own marsh, and hope that one day it will become the gem of our own city."

According to the UW, Zhao was one of group of informatics and engineering students who helped design an app to track medical symptoms with the potential to help hospitals track COVID-19 symptoms across the country.