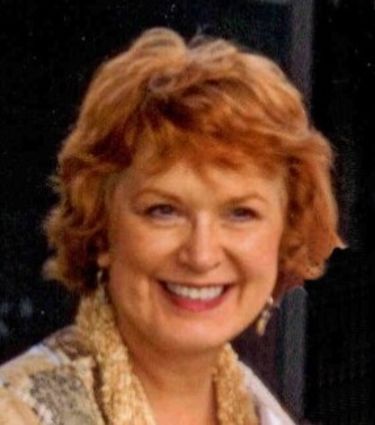 Valerie Anne Dickison was born May 21, 1948, and passed away unexpectedly April 6, 2020, at her home. Her parents were Herbert Larkin and Margaret Freda (Shaw) Larkin, and she joined older sister, Sharon, to complete their family.

Val described her early childhood as pleasant and surrounded by little friends, 4-H Club activities, Brownies and Girl Scouts. They had horses and belonged to the local saddle club near their home in Bothell. Of her school days, she remarked that they were fun, with plenty of supplies and good teachers.

Her mother loved books and had entire hallways lined with shelves of books, fostering a lifelong love of reading and a foundation for later interest in writing. By the time she was in high school, she was eager to take a faster track than the traditional route and enrolled at Edison Technical School in Seattle.

At Edison, she enjoyed being with people from different walks of life and all ages and ethnicities and graduated early, happy and ready to move on. She found a job as a file clerk, and said that it was menial, boring and didn't pay much, but was a start to bigger and better things.

From her start as a file clerk, Val made her way to work in the insurance industry. She met her future husband, Stanley Dickison, who also worked in insurance. They were married June 21, 1969. Stan and Val established their insurance agency, Dickison Insurance, in Edmonds. She was co-owner of the Dickison Insurance Agency (and later Whitfield Insurance Agency) for 40-plus years until her retirement in 2010.

Val and Stan were involved in numerous civic organizations in the Edmonds area, and Val's accomplishments were many. She and Stan were voted the first "Co-Citizens of the Year" of Edmonds.

Val was a Commissioner for the Edmonds Sister City Commission (with Hekinan, Japan). She was a past president of the Sno-King chapter of Soroptimists International. Until she passed, she was the secretary and membership chair of the Classic Car Club of America/Pacific NW Region.

She was active in Rotary, helping Stan with various fund-raising projects, as well as being a fundraiser for local hospitals. Val was a world traveler, jewelry designer, gardener, great cook and party planner, decoration designer, avid classic-car enthusiast, cat lover and author of "Lydia of Grayfields, A Cat That Chose To Speak."

Val is survived by her husband of 51 years, Stanley Dickison, four children, ten grandchildren and nine great-grandchildren, her sister, Sharon (Tom) Endres, and two nephews, as well as numerous friends.

A celebration of life will be announced at a later date, when restrictions are lifted and allow for a large group gathering.

Memorials may be sent to the Rotary Club of Edmonds Daybreakers Foundation, and/or the Classic Car Club of America Education Foundation.