Letters mailed now, thanks to a persistent daughter 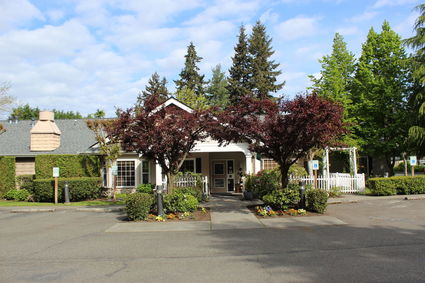 Julie Williams didn't get much sleep the night before Mother's Day.

On May 9, she read the Edmonds Beacon's May 7 cover story on Rosewood Courte Memory Care on Edmonds Way, which reported that 12 residents in the 45-bed facility had died from COVID-19. A May 14 report from the Snohomish Health District disclosed that 65% of residents tested had positive results.

Her mother is a resident at Rosewood, tucked into a verdant spot on Edmonds Way on the way to the ferry.

"I was shocked to read in your story that 12 people had died at Rosewood Courte," she wrote in an email to the Beacon. "My mother is a resident, and the statement that all families have been kept informed is incorrect."

Williams, who lives in Edmonds, referred to a comment from Darah Cooney, vice president of Northwest Care Senior Living, which operates Rosewood and retirement, assisted living, and Alzheimer's special care communities in Poulsbo and Sequim.

Williams said she received a call and letter March 25 – the latest ones sent to her – that one patient and one employee had tested positive. She said she was later told that all residents would be tested, and received a call that her mother had tested negative.

But Williams is upset that she received no mention of COVID-19-related deaths at the business.

"Twelve deaths is one-quarter of the residents. All along they have said nothing except that one resident (was) asymptomatic and quarantined. Nothing else has been told to us.

"I'm so sick to my stomach about this – I haven't seen Mom since March 1, to hold her hand and tell her I love her. They told us nothing; we assumed all was going well. Darah Cooney is completely incorrect, and outright dishonest about any information flow about this the families are receiving.

"I guess I can only speak for my experience, but I'm absolutely dismayed by this information. Where do we go from here? I want her out of there now. This was a blatant manipulation of the true picture. I feel totally betrayed by Rosewood Courte."

When the Beacon contacted Cooney May 11, she said: "We've kept in contact with all families during this difficult time to keep them informed regarding the conditions of their loved ones including updates regarding the testing of all residents, with those families with sick relatives receiving more frequent contact.

"Our administrator spoke again with this person today to address any outstanding questions, and it is our understanding that her concerns have been met. We will continue to keep residents, families, and the public regularly informed."

Williams confirmed that she did get calls from Cooney and Rosewood.

"I was able to express my frustration about having to read this in the newspaper. I had also called and spoke to my mother yesterday, and a member of staff told me about how chaotic this past month was for them. I was able to explain that my frustration was that while I had talked to them several times during the month, I was never told that they were in such a crisis.

"If I had not been informed by your article, it would never have caught me so off guard."

Williams said she appreciates the difficulty and stress of the coronavirus pandemic and its effects on assisted living businesses such as Rosewood. After speaking with Rosewood administer Mary Shepard and director of nursing Julia Klimchuck, she was told Shepard was sending an updated letter to all families. Williams has now softened her approach to Rosewood's administration after initially being upset.

"Rosewood is a good facility," she said. "I appreciate the hard work of the staff and managers at the facility, and would never want to reflect negatively on them or the facility during this time of crisis."

It reported 56 deaths, 149 in home isolation, 27 hospitalized, 280 recovered, and seven under investigation or unknown.

Rosewood Courte has had 46 confirmed cases of COVID-19, second only to the Sunrise View Everett, with 77. Cedar Creek Memory Care on 72nd Avenue West has had 22, and Sunrise of Edmonds on Edmonds Way six.

There could be others in Edmonds with positive cases, but the district said that "long-term care facilities with fewer than five cases are not identified to protect patient privacy."

The May 14 report noted that out of 50 tested at Rosewood, 44% returned positive results. Twenty-nine residents were tested, with 65.5% positive, and 21 staff were tested (14.3% positive).