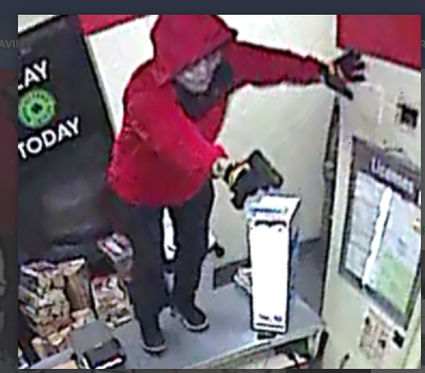 One of the two persons of interest in the 7-Eleven homicide in Edmonds.

One of the two persons of interest in the Feb. 21 murder of Nagendiram Kandasamy at a 7-Eleven in Edmonds has been released, said Edmonds Police Sgt. Josh McClure.

The 23-year-old man and 24-year-old woman continue to be persons of interest in the investigation, McClure said, but the man – who had been transferred to the Monroe Correctional Complex – was recently released.

The man, from Enumclaw, now has another arrest warrant for failing to check in with his corrections officer.

The female, from Auburn, remains in custody at a South Sound correctional facility.