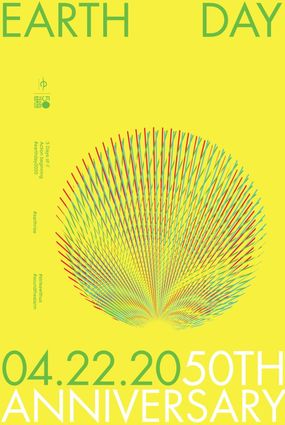 Wednesday, April 22 marks the 50th anniversary of the first Earth Day, on April 22, 1970. While many of the festivities planned to commemorate the occasion have been canceled due to the coronavirus pandemic, it still warrants a look at where we stand in Edmonds in our effort to combat climate change.

The national focus on the problem led to the Clean Air Act, the Clean Water Act, the Endangered Species Act, Marine Mammal Protection Act, and the first national fuel-efficiency standards for cars among other landmark legislation.

This all translated to improvements, yet Mother Nature issues the report card. Receding glaciers, increasing forest fires, more frequent and severe tropical storms, and sea level rise are indicators that we have come to a critical crossroad.

Are we, as a society and world community, willing to make the necessary sacrifices in time?

The current coronavirus pandemic serves as a reminder that nature can stop our world, as we know it, in our tracks. It has also shown society's resilience and willingness to make change on a scale never-before imagined.

Many of these changes are having a positive impact on reducing carbon emissions and consumption of resources. The jury is still out as to what level of change we are willing to sustain.

According to Denis Hayes, president of the Bullitt Foundation, who was 25 years old when he served as the national director for the first Earth Day, the intent of Earth Day is to mark an international commitment and call to get serious about climate change.

But we all know global change begins at the local level and everyone doing their part. We also know that the kind of change it will take to move the needle takes sacrifice, risk and grand scale societal change.

The board of the Edmonds Senior Center voted last fall to add $500,000 to the $16 million cost of the proposed Edmonds Waterfront Center to go "all-green" – including a full rooftop solar array and the elimination of gas (a fossil fuel that contributes to greenhouse emissions).

This bold decision (well outside the board's comfort level) was informed by the efforts of other climate conscious people and organizations in Edmonds.

The City of Edmonds has taken strong actions to address the causes of climate change locally by reducing use of fossil fuels through substituting renewable energy resources supplied to public buildings, improvement of energy efficiency of public buildings, establishment of strong codes for the design, and construction of new and remodeled buildings to meet green building standards.

The City's Climate Action Plan and their effort to monitor and set targets to reduce greenhouse gas was influential in our planning.

Interfaith Climate Action (ICA) is an Edmonds-based organization which brings together people from diverse faith traditions to speak for the moral imperative of protecting the earth.

Advocating for prompt action to address the impact of climate change is their primary purpose. ICA supports the development of commercial and residential buildings that do not use fossil fuels. Consultation with ICA leadership helped the Senior Center shape our sustainable vision statement and plan.

Snohomish County PUD Community Solar Program makes it easier for customers to benefit from solar energy by purchasing "units" at a community site. Customers receive a credit on their energy bill based the value of the solar energy produced by the share of solar panels they purchased.

This is a great opportunity for all customers, especially those who rent, live in an apartment, or who would rather not put solar panels on their own home. SnoPud's field staff helped us change our design to accommodate an all-electric building and full solar build-out.

Rick Steves contributed $1 million in carbon offsets to nonprofits committed to climate change. In an impressive demonstration of running his company in way that aligns with his personal values, Rick decided to mitigate the carbon added to the environment by his 30,000 customers who fly to Europe each year by issuing a self-imposed carbon tax of $1 million.

When we rolled out our green enhancements, Rick pledged $200,000 to kick it off and challenge others to join him (adding to the $4 million he already had committed to the Center).

Wanting to lead the sustainable building charge – rather than follow – the board voted unanimously to switch (mid-construction) to an all-electric building and full solar build-out. This added $500,000 to the cost of the building, and we still had $2.5 million left to raise!

The impact of this zero-carbon decision and investment will be amplified not only by the dramatically lessened carbon footprint of the building, but by inspiring others to look at their own lives and consider what bold actions they can take to mitigate climate change.

We have launched a campaign to raise $300,000 to pay for the solar array by seeking sponsors for each panel for a $1,000 donation. Solar panel donors will be recognized on a "Solar Champions" plaque in the new Waterfront Center.

We have been inspired by gifts already made from solar champions ranging from $1,000-$5,000 toward this effort. If you want to participate, go to http://www.edmondswaterfrontcenter.org to donate.

We can all take pride in living in a community that is taking these issues head on. Here in Edmonds we are pleased to be part of this collective effort to be good environmental stewards and mitigate the effects of climate change.