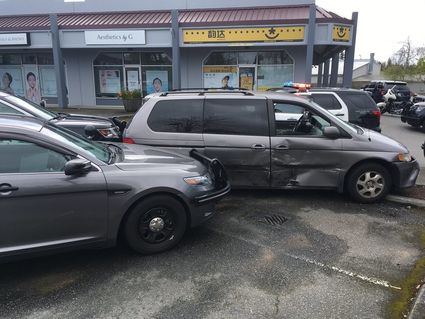 Seattle man was arresting after allegedly attempting to hit a pedestrian then fleeing officers. He was captured on Highway 99 in Edmonds.

A Seattle man is under arrest after allegedly attempting to hit a pedestrian then fleeing officers.

Just after 11:30 Saturday morning, 911 dispatchers received a call about a man who had attempted to strike a woman's vehicle and then the woman herself at the 76 gas station at the corner of 196th Street SW and Highway 99 in Lynnwood.

According to Lynnwood PD spokeswoman Joanna Small, the woman said the man – a stranger to her – was yelling profanities.

Lynnwood police officers contacted the suspect in his vehicle in the the nearby JoAnn Fabric's parking lot. He refused to get out of his...