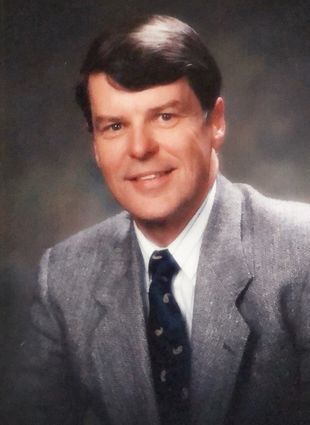 Richard Allen Curry, 81, passed away on Friday, April 3, 2020 after succumbing to COVID-19. Richard (Dick) was born in Seattle, WA on March 31, 1939, and grew up in Edmonds, WA. Richard completed three degrees at the University of Washington and loved being a Husky.

Richard began his professional life as a Spanish professor and later served in teaching and administrative positions at various universities, retiring in 2004 from his position of Vice Chancellor of the University and Community College System of Nevada. Named Teacher of the Year several times, Richard also authored several Spanish textbooks. Upon retirement, Richard and his wife, Sheri, returned to his hometown where he enjoyed almost daily walks along the waterfront.

Richard leaves behind his wife of nearly 35 years, Sheri LaVay, his three sons, her daughter, their spouses, and seven grandchildren. A special joy for Richard was attending the annual reunion picnic with his life-long friends from Edmonds High School's class of '57. As chairperson of the class reunion committee, he helped to establish a scholarship fund that awards an annual college scholarship to an Edmonds high school student in memory of and appreciation for the teachers, coaches, and staff who guided their class. If you wish to commemorate Richard, please consider a contribution to this fund at:

The coronavirus global pandemic that ultimately took his life has created challenges for memorial services at this time. At a later date, the family plans to hold a Celebration of Life to honor Richard.