Finding a parking space on Sunset no longer a problem 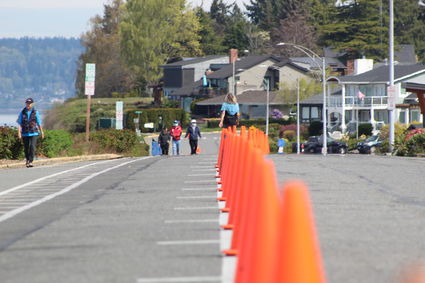 Sunset Avenue is temporarily closed to parking due to an order from the mayor.

It was clear on Friday that many drivers expecting to park or cruise Sunset Avenue above the bluff were unaware of the restrictions on those dual pleasures, which took effect at noon.

Many drivers heading west on Bell hesitated. Expecting to turn north, they eventually had to swing wide and go back south.

Drivers headed west on Bell Street will not be permitted to turn right.

One driver just shook his head, swore a bit, and drove off.