By Nives Dolsak and Aseem Prakash 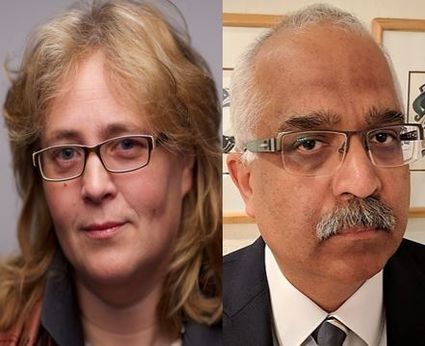 Coronavirus and climate policies are different sorts of problems. Because citizens have varying risk perceptions about these issues (their immediacy and threats to personal well being), they are more willing to bear costs to tackle coronavirus than climate change.

Politicians also view the immediacy and magnitude of these threats differently. Hence, they follow scientific advice on coronavirus but less so on climate change. Finally, in contrast to climate change, coronavirus policies have not yet faced concerted opposition from industries affected by policy measures.

But coronavirus politics could shift in unexpected ways. Policies to "flatten the curve" have induced an economic recession, which is likely to hurt President Trump's reelection. This means that Trump has very strong incentives to revive the economy quickly.

His messaging frame is that the cure recommended by the scientists is worse than the disease.

To revive the economy, he has adopted a two-pronged strategy. The first prong is relatively uncontroversial, almost straight from the 2007-2009 recession playbook: a massive fiscal stimulus alongside aggressive intervention by the Federal Reserve in coordination with the Treasury. These are aimed at reviving aggregate demand and restoring stock market confidence.

The second prong, the more controversial one, requires discontinuing lockdowns and social distancing policies. But this is contrary to the advice of public health experts. This new approach could create a clash between science and politics and strain the bipartisan consensus. Coronavirus politics could begin to resemble climate politics.

Policies sometimes go through phases that reflect different ways in which the problem is characterized and how policy solutions are defined. Coronavirus politics has gone through two phases – denial and lockdown – and is poised to enter the third phase that involves reviving the economy by lifting the lockdown.

In the first phase, the "denial," Trump portrayed coronavirus as a hoax. In this framing, any muscular policy, such as lockdowns, was seen as an overreaction because coronavirus was like influenza, which anyway kills a large number of people every year.

As the number of coronavirus cases in the U.S. rose, the federal government reversed its course. In the second phase, the "lockdown," the president seemed to heed to the warning of public health experts. He declared a national emergency and suspended travel from Europe. He sought to portray himself as a wartime president. While FDR did his fireside chats, Trump led the daily coronavirus briefings. Across U.S. states, some governors took even more aggressive actions and declared stay-at-home policies.

In response to these aggressive containment measures, Goldman Sachs estimates that the US economy will contract by about 25% in the second quarter. Job losses would be followed by spending cutbacks as people realize that their financial assets are depleted.

To contain the crisis, the Federal Reserve has announced a slew of measures, and Congress has agreed to a $2 trillion fiscal stimulus. But it is not clear how quickly these measures will revive the economy, which poses a very serious political problem.

After all, presidential elections are seven months away, and recessions undermine the reelection prospects of incumbents. Moreover, Trump has touted the booming economy and stock market as his major accomplishments.

These electoral considerations create conditions for the third policy phase: easing the lockdown to revive the economy.

Public health experts are probably concerned. The number of infections is rising, and the curve has not flattened. Critical resources – from N95 masks to ventilators – remain in short supply. There is no coronavirus vaccine. Even worse, there are no clinically proven drugs to treat coronavirus, although there is disagreement between Trump and the public health community on this subject. Indeed, TV host and a prominent Trump supporter, Lou Dobbs declared that the "President was right and frankly Fauci was wrong" about these treatments.

Even if restrictions were to be relaxed, would factories restart, restaurants start requiring advanced reservations, airlines spring back to action, and the tourism industry bounce back? What about schools and colleges? Politicians might want normalcy to return. But are people feeling secure enough to reclaim their pre-coronavirus routines?

Phase three has revived the debate on whether there are tradeoffs between the economy and public health. This issue emerged in the 1970s as American manufacturing firms relocated abroad, and created the American Rust Belt. Conservative critics pinned the blame on strict environmental regulations, which they saw as incentivizing firms to move to "pollution havens" in developing countries.

Following the climate politics playbook, "jobs versus public health' could gain traction. Alongside, we should expect to see vocal coronavirus-skepticism (similar to phase one, "denial"). Indeed, conservative websites are attacking Anthony Fauci and pushing the #FauciFraud hashtag.

Unlike climate change, mishandling coronavirus policy could precipitate an immediate public health crisis. Infections might surge. So far, most reported cases were concentrated in "blue states" of New York and Washington. What if a swing state such as Florida, with a sizeable retiree population, sees a surge? This could influence the outcome of the November 2020 elections.

The "restart by Easter" approach – which Trump on Sunday revoked, instead extending the original 15-stay-at-home directive through April 30 – has evoked cautious reactions from business leaders, even though they are frustrated by the economic meltdown. A "middle path" seems to be emerging. The argument is along the following lines: because the lockdown cannot be indefinite, the government should identify markers (such as the flattening of the curve), which would trigger a scaling back of specific restrictions.

Coronavirus politics is entering an uncharted and potentially turbulent phase. It remains to be seen whether it will follow the climate playbook of pitting regulations against the economy, disregarding scientific advice, and promoting coronavirus skepticism.

Nives Dolsak and Aseem Prakash are Edmonds residents. Dolsak is Stan and Alta Barer professor in Sustainability Science and director of the School of Marine & Environmental Affairs. Prakash is the Walker Family professor and the director of the Center for Environmental Politics. Both are at the University of Washington and write in their individual capacity. This article was adapted from a previously published article in Forbes, with permission.