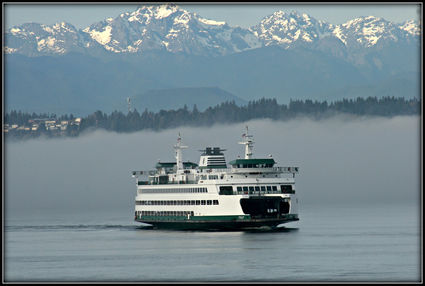 Washington State Ferries' central Puget Sound routes will temporarily move to a reduced service plan as part of the state's response to COVID-19. These reductions will start at the beginning of the service day Sunday, March 29, and remain in place through at least April 25.

On the Edmonds-Kingston route, the final round trip will be suspended on Fridays and Saturdays only.