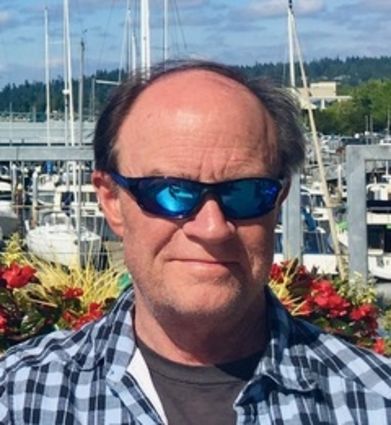 Tom was raised in Yakima until seventh grade, and then moved to Boise, ID. After graduating from Boise High School, Tom attended college at the University of Washington and Boise State and received his diploma from the University of Oregon.

Tom moved to Seattle in the late 1970s. In 1988, Tom met the love of his life, Karen, and the two have been inseparable for the past 32 years. They were married in January of 1990 in Seattle. Tom enjoyed fly-fishing and exploring nature, skiing, music, reading, discussing politics, and spending time with family and friends.

Tom will be remembered as a devoted and proud father who encouraged all of his children’s interests. He was a mentor to many at work, a loyal and steadfast friend, and an adoring husband to his precious wife.

Tom is survived by his loving wife of 30 years, Karen, and by his beloved children with Karen: Sabine (Luke Adams), Kathleen, and Thomas, as well as Matthew (Kate Clark) and James, his children from his prior marriage. He is also survived by his brothers, Richard Parrish (Susan) of Boise, ID and David Parrish (Gail) of Port Ludlow, WA.