Meadowdale graduated only one senior from playoff team 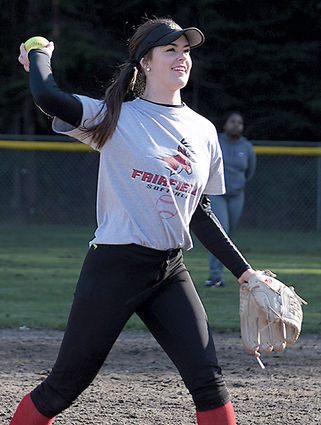 The Meadowdale softball team is ready to pick up right where it left off.

The Mavericks graduated only one senior from a team that won Wesco 3A and district championships and went 2-2 in the 3A state tournament.

"I feel we could go play right now and be fine," he said.

But with the Edmonds School District postponing the start of the regular season until April 12 due to the coronavirus outbreak (see related story on this page), the Mavericks will have to be content with practices for the next month.

"I think the focal point of the players is going to be tough," Hopkins said. "That's going to be the hardest thing. I understand the reasoning behind it, and you always want to error on the side of caution."

Senior pitcher Kate Houghton said much of the responsibility heading forward rests with the players.

"It's definitely going to be rough," she said. "We're going to have to hold ourselves accountable, and just make sure that we're giving practice our all so that we're ready for games when they do finally come."

"If we work hard at practice, we will be better off," she said.

Houghton and the Mavericks have high hopes for the season.

"We hopefully want to win state," she said. "That's the goal."

The first-team, all-league pitcher will be throwing to sophomore catcher Sophia Ward, who took over at catcher as a freshman.

The two do not play on the same select team, so it's important for them to have time together in game situations.

"They want to get more in tune with each other," Hopkins said. "It's a big deal to trust each other."

"She has grown so much mentally and physically," Houghton said. "She can catch all my pitches a lot better and just work really well with me." 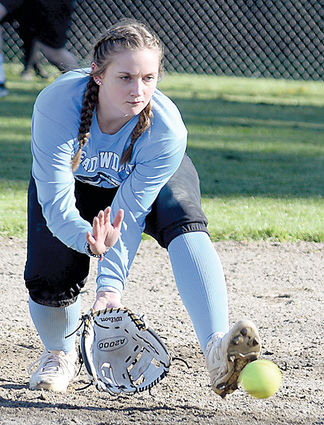 The Meadowdale defense should continue to be strong with first-team, all-league shortstop Studioso and first-team third baseman Olivia Dimmock. Second-team second baseman Zoey Morris and honorable mention first baseman Kaitlynn Bridgewater also are back. Sophomore Jenaly Gabriel will be in center field and senior Brynn Webster is in left field.

"We're feeling pretty confident with each other," Studioso said. "The team is meshing together really well."

During a recent fielding drill, the infielders' uniforms got dirty as players dove for ground balls.

"Good luck getting it past them," Hopkins said. "They're starting out like they left off and that's a good thing."

The biggest area Studioso wants to focus on is hitting. She noted that in some games, it took awhile for the Mavericks to generate runs.

"It's just being aggressive at the plate – from the first pitch and not waiting until later in the game," Studioso said. "We need to be ready from the first inning, our first at-bat."