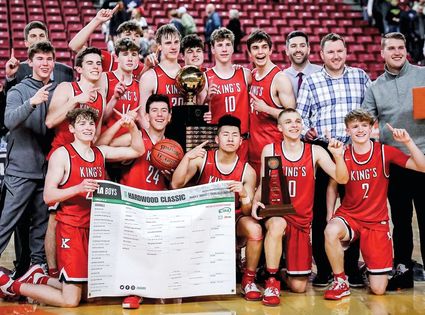 The Knights earned it.

King's first had to overcome a 10-point, third-quarter deficit to pull out a 68-59 victory over Zillah in a first-round, loser-out contest.

Then to cap off an unforgettable state tournament, the Knights battled their way past two familiar opponents – Seattle Academy and Lynden Christian – in semifinal and championship games that both went into overtime.

Tournament MVP Tyler Linhardt scored a team-high 25 points as King's erased a 6-point deficit with 1:10 left in the fourth q...