Goodnight, worm moon | Through Your Lens 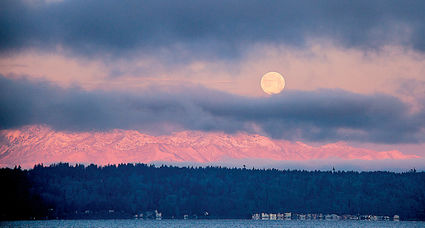 This type of lunar magic gets its unique name because the ground begins to thaw this time of year and earthworms reappear, soon

followed by the return of robins. That's the official story, anyway, even though some light snow is expected later this week in these parts.