For second straight year, Mavericks’ season ends with a loss at the 3A state regional tournament 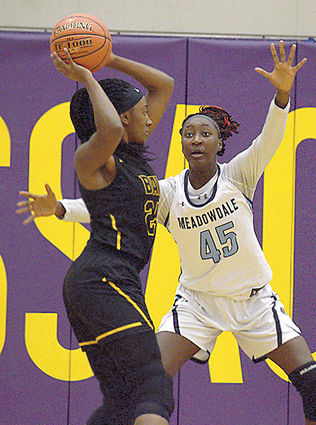 Meadowdale came up short in its bid for a trip to the state girls basketball tournament in the Tacoma Dome.

For the second straight year, the Mavericks’ season ended with a loss in the 3A regional tourney.

Hudson’s Bay outscored Meadowdale 20-10 in the fourth quarter to pull out a 55-49 victory in a winner-to-state/loser-out game Saturday, Feb. 29, at Issaquah High School.

Meadowdale coach Arie Mahler said the loss was a disappointment for a squad that since the season began had made no secret of its desire to play in Tacoma.

The loss was especially tough for Meadowdale’s four senior...