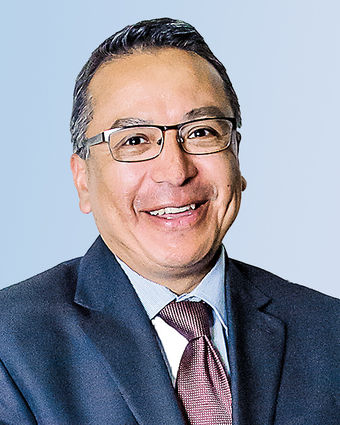 The Edmonds School District board of directors has extended an offer to Gustavo Balderas to become the next superintendent. The board voted on its decision in a public meeting at the district office on Wednesday, March 3. Pending completion of contract negations, Balderas will start with the district on July 1, 2020.

Balderas was chose over another finalist, Deborah Rumbaugh of Highline School District in Burien, Washington.

At Monday's community forum students, families, staff and members of the community at Meadowdale High School's Great Hall heard from Balderas and Rumbaugh. More than 100 people also watched the live stream of the event on the district's YouTube channel.

Attendees could write down questions to be answered by the moderator. Those watching in person and online could fill out a feedback form. Those forms were all compiled and handed to the board members today to review before making their final decision.

"We appreciate the community's commitment to this hiring process by spending time and effort to provide input every step of the way," said school board President Deborah Kilgore. "As a result, we feel confident Dr. Balderas will make an immediate positive impact on our community."

Balderas currently serves as the superintendent of Eugene School District 4J in Eugene, Oregon. Dr. Balderas previously served as superintendent at two different districts in California. Prior to that, he was an assistant superintendent in Oregon. He also was a classroom teacher and counselor.