How is COVID-19 affecting Edmonds and its residents? 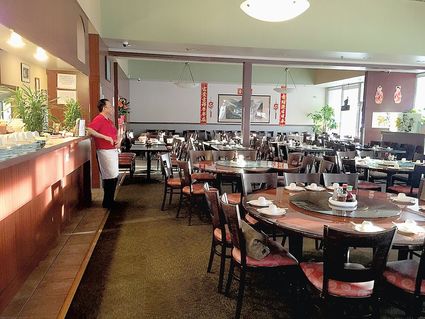 There's no doubt that the rapid spread of the novel coronavirus in the United States has changed the lives of citizens and businesses in Edmonds. Despite calls for calm and common-sense advice from medical authorities, the panic of a deadly disease with its epicenter just south of us is real.

A sure sign of rising panic could be seen at local supermarkets, where shoppers stocked up on certain items deemed essential.

Shoppers stripped toilet paper, disinfectant and bottled water off shelves at Winco on Highway 99. A similar scene played out in the Costco in nearby Shoreline, where shoppers mauled the store over the weekend in numbers normally seen during the holidays.

And QFC in Edmonds is limiting the number of flu-related products available to each customer.

It's not just supermarkets and big-box stores.

That was seen most dramatically in a picture Edmonds foodie Nancy Leson shared on Twitter of T&T Seafood restaurant located in the 99 Ranch Market complex. Leson captured owner Tony Mann standing in his deserted business at 5 p.m. Tuesday, March 3.

"Tony told me he's running a skeleton crew, and profits are unbelievably off," Leson said. "He and his son Ronald are cooking. And last night he only had three waiters on, with one poised to leave if things didn't get better."

Impacts are felt in downtown Edmonds, as well.

"We are seeing a slowdown in our locations, likely due to people staying home," said Shubert Ho, co-owner of Bar Dojo, the Mar-Ket, and Salt & Iron restaurants. "We have, however, already taken extraordinary measures by purchasing food-safe disinfectant available from Autochlor, our chemical provider, to sanitize all surfaces and commonly touched locations, like doorknobs, several times a day.

"There is a double emphasis on extra hand-washing and staying home when sick, as well. We are trying to be very proactive."

That's the sentiment of Edmonds Mayor Mike Nelson, too, who on Monday, March 2, said he was taking action in response to the novel coronavirus SARS-CoV-2, which has spread from China around the world and has – as of Wednesday – killed 10 people in Washington state, including one from Snohomish County. There have been eight confirmed cases in Snohomish County and 31 in King County, also as of Wednesday.

(Five of those who died came from the Life Care Center in Kirkland. As of Wednesday, seven of the nine people who died in the state lived at the nursing care facility. COVID-19 is the name of the disease caused by the virus. California's first COVID-19 death was confirmed Wednesday.)

Since January, Nelson said, emergency management staff has monitored the crisis and updated the City's emergency plans and preparations.

The online topics include guidance for those at high risk for serious illness, businesses and employees, and child-care providers. It also provides answers to common questions about the coronavirus.

For example, COVID-19 is a respiratory illness. Symptoms include cough, fever, and/or difficulty breathing. The degree of severity of these symptoms varies. This disease can cause pneumonia, and there have been deaths from the illness. However, most cases do not appear to be severe, and people may experience symptoms similar to a cold or the flu.

The Snohomish Health District and its medical professionals are the lead government agencies in Snohomish County for the outbreak.

"Everyone needs to use good practices of washing your hands frequently and covering your mouth when coughing or sneezing," said Adrienne Fraley-Monillas, a Snohomish Health District board member and president of the Edmonds City Council.

"Other good practices include wiping surfaces frequently touched, such as doorknobs, counters, light switches, and remotes, with disinfectant, and keeping hands away from your eyes, mouth or nose. And if you feel sick, stay home and see your doctor."

There is currently no COVID-19 vaccine.

The health district also reports that higher-risk populations, such as those who have underlying medical conditions or those who are 60 or older, should consider avoiding crowds and public settings where exposure to COVID-19 and other illnesses is more likely.

Regularly updated COVID-19 information from the Snohomish Health District can be found at snohd.org/484/Novel-Coronavirus-2019.

And on Monday, the Edmonds Chamber of Commerce – citing an abundance of caution – reported that Fairwinds Brighton Court in Lynnwood has suspended all outside events on its property, including the chamber's planned networking breakfast Wednesday.

"We hope to resume the breakfast on March 11 at a new temporary location, and will keep you posted on those details," the chamber wrote in a news release. "We fully appreciate Fairwinds' concern for their residents' safety."

On Tuesday, organizer Alicia Crank announced that she was postponing two events scheduled for Edmonds International Women' Day March 8: Hall of Heroines and Free Your Mind. The Ladies Who Brunch event will go on as scheduled.

"Please know that this decision was not taken lightly," Crank said. "The International Women's Day Edmonds committee and I were looking forward to these events. However, since both would involve interaction with youth and other health-vulnerable members of the community, we want to heed the guidance of the Snohomish Health District."

As of Wednesday, Edmonds School District has not closed any of its campuses due to the virus, including Edmonds-Woodway and Meadowdale high schools. In addition, no students have been determined to have COVID-19, said district spokeswoman Harmony Weinberg.

"We are also following direction from the Centers for Disease Control and Prevention, which says to use 'Community Mitigation Guidelines to Prevent Pandemic Influenza' from 2017 as guidance," said Weinberg.

"District officials are having ongoing meetings to discuss the coronavirus and its potential effects on our students and staff. Our nurses are working very closely with health officials and are keeping district leadership updated on developments.

In the meantime, Weinberg said, the district continues to use precautions for what is typically recommended to prevent the spread of germs in schools.

The school district has also encouraged students and staff to practice frequent hand washing, particularly before mealtimes and after recess. Health officials have not recommended the use of facemasks for the general public.

Closures have impacted Jackson High School in Mill Creek and Bothell High School in Bothell. In both cases, one student from each school was possibly infected, and the schools closed for deep cleaning. The Mill Creek student tested positive, but the Bothell student did not.

Up north, the Mukilteo School District closed Mariner High and Discovery Elementary schools after learning Sunday that a parent of a Mariner student had been diagnosed with COVID-19.

The SARS-CoV-2 coronavirus has spread to most areas of the world and killed more than 3,000 people. In the U.S., the Puget Sound area is the main part of the country with deaths, as of the Beacon's deadline.

The Snohomish Health District has learned that the Snohomish County man who was hospitalized in Everett in January – the first person in the U.S. known to have contracted the virus – had the same strain as a man from Snohomish County who died in Kirkland on Monday.

County public health officials are urging caution, but not panic.

Heather Thomas, Public and Government Affairs manager for the Snohomish Health District, said neither the health district nor the Centers for Disease Control and Prevention recommend closing schools when there hasn't been a confirmed case in a student or staff member.

However, they're asking the public not to unnecessarily overwhelm the health-care system. The Snohomish Health District said the public can help by following these precautions:

–Wash your hands for at least 20 seconds with soap and warm water; if unavailable, use a hand sanitizer with at least 60% alcohol content

–Don't go to the emergency room unless it's essential. Emergency rooms need to be able to serve those with the most critical needs;

–If you have symptoms like cough, fever, or other respiratory problems, call your regular doctor first; 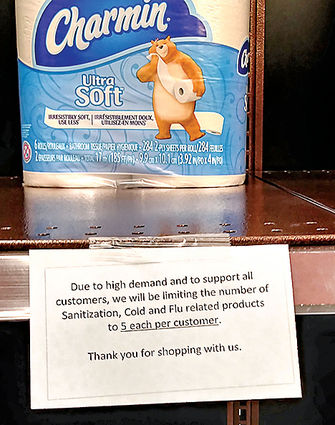