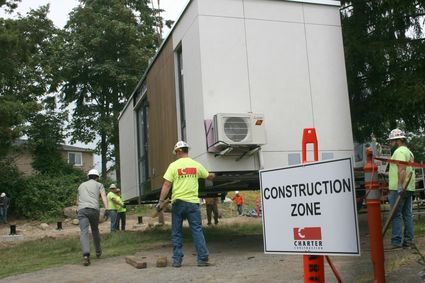 The first, and only, Blokable unit was installed on the grounds on Edmonds Lutheran Church in June 2018.

A partnership between Edmonds Lutheran Church and Compass Housing Alliance to introduce a three-phase, multistory housing development of "Blokables" for low-income individuals and couples is no more – at least for now.

"The Edmonds Lutheran project was one of a number of developments in our pipeline and would have brought much-needed housing to Edmonds," said Aaron Holm, co-CEO of Seattle-based Blokable, whose units are high-efficiency dwelling units manufactured using steel-frame construction in Vancouver, Washington.

Onsite housing could take on new life in the future.