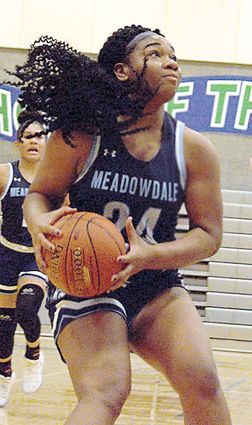 Meadowdale had to take the extended route to the 3A state regional girls basketball tournament for the second straight year.

The Panthers sent Meadowdale (17-7) into the losers' bracket after beating the Mavericks 57-39 in a first-round district contest Feb. 14 at Snohomish High School.