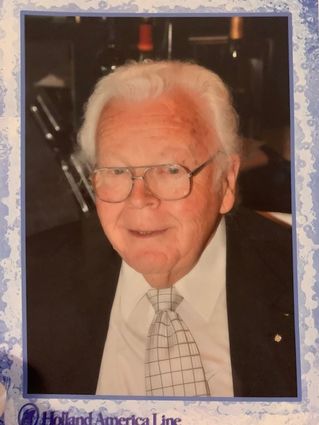 Loren W Halseth (Bill) passed away on February 10, 2020. Loren was born on October 8, 1932, in Vancouver, WA, and raised in San Pedro, CA, moving to Seattle after high school. He lived his later years in Edmonds, WA.

He worked as a conductor for the Great Northern Railroad, a service station owner and as a Kingdome ticket taker. He also worked part time at the Edmonds Senior Center and was known for his driving the bus, especially for his mystery trips.

Loren is survived by his wife of 62 years, Barbara; daughters Laurie (David) and Robin; grandchildren Amy (Phil), Andrea, and Gabriel (JAnna); and great grandchildren Else, Kane, and Brooks.

In lieu of flowers, donations may be made to Edmonds Senior Center, PO Box 717, Edmonds WA 98020, or a charity of your choice.