Police, dispatch careers ending for couple who served the community for more than 60 years 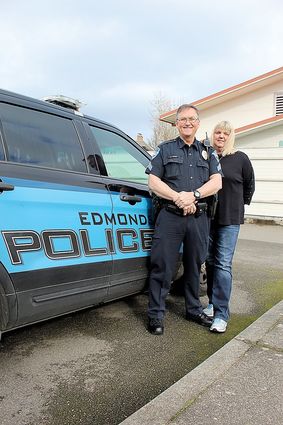 Bob and Cheri Barker, pictured in the Edmonds police station parking lot, are retiring on the same day.

It's been a tough week in Edmonds.

At the same time, the murder of an innocent store clerk Feb. 21 is a reminder that without those who serve and protect it would be much, much worse. As detectives work through leads and evidence to bring the clerk's murderer to justice, let's take some time to honor an Edmonds couple whose more than 60 years of service to the community will come to an end this week with their retirements.

Sgt. Bob Barker has been a cop for almost 34 years, serving Edmonds his entire career.

Cheri Barker has served as a police dispatcher for 28 years, taking 911 calls for...