Music and a movie | A&E Briefs 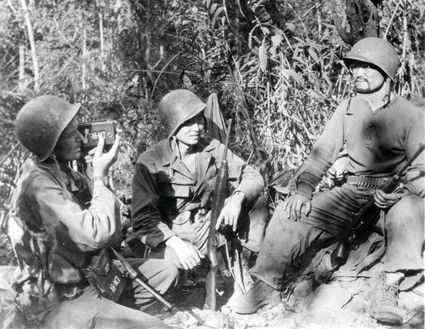 Roy Matsumoto (far right) is the subject of "Honor and Sacrifice."

Trinity Artists at the Organ show

It will feature organist Jeffrey Cooper and the Skyros Quartet with Tim Pizzichemi. Cooper is organist at Phinney Ridge Lutheran Church in Seattle.

The Skyros Quartet (Sarah Pizzichemi, Brandon Vance, Justin Kurys and Willie Braun) is a Seattle area ensemble. They will be joined by Seattle area cellist Tim Pizzichemi for an evening of music for string quartet, quintet, and organ, including music by Buxtehude, Schubert and Beethoven.

There will be a reception following the concert to meet and greet the artists. Suggested donation $15 for adults, seniors and students $10, or pay as able.

Edmonds Community College will host a film screening and discussion to honor Japanese American World War II veterans on Feb 20. The screening will include the films "Honor & Sacrifice: The Roy Matsumoto Story" and "Proof of Loyalty: Kazuo Yamane and the Nisei Soldiers of Hawai'i."

Lucy Ostrander and Don Sellers, who directed and produced the two movies, will speak on a panel alongside Joyce Yamane and Karen Matsumoto, daughters of the veterans featured in the films. The event will be held one day after the national Day of Remembrance, which commemorates the incarceration of 120,000 Japanese Americans during World War II.

"Honor & Sacrifice" documents a Japanese immigrant family ripped apart by World War II. The Matsumoto family included five sons, two who fought for the U.S. and three who fought for Japan. The story is told by Roy's daughter, Karen, as she discovers her father's work in military intelligence, kept secret for 50 years.

"Proof of Loyalty" tells the story of a Japanese American who played a crucial strategic role in World War II. He and his fellow Nisei – second-generation Japanese Americans – combatted discrimination to serve their country. They would go on to change the course of U.S. history.

Featured will be one of Maurice Ravel's most famous works, the suite "Ma Mère l'Oye," plus a Mozart sonata and selections from Dvorák's Slavonic Dances.

"Piano Four Hands" (duets for two players sitting side-by-side at one keyboard) were a staple of chamber music a century ago, with works by many mainstream composers specifically for this style. Pianists Harumi Makiyama and Rie Ando will be featured.

Daytime performances, master classes and workshops are open to the public for free.

At 7 p.m. Thursday, March 5, 10student choirs will perform after rehearsing and learning all day with the pros. Tickets will be available at the door at North Sound Church 201 Fourth Ave N.

At 7 p.m. Friday, March 6, professional jazz artists will peform. Ticket are available through the Edmonds Center for the Arts website and at the door, 410 Fourth Ave N. 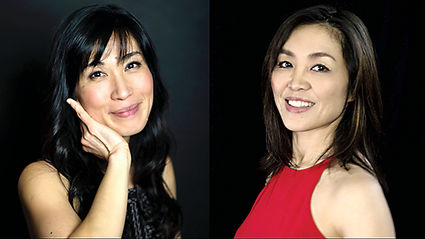 These artists will be working directly with students during the daytime festival teaching Masterclasses and workshops, as well as their performance on Friday night.