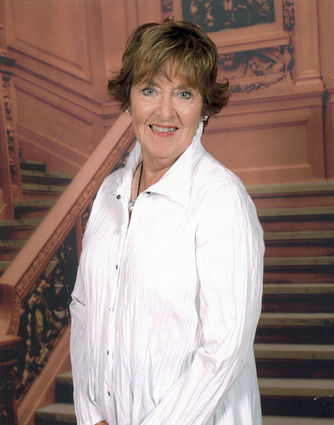 Karen Lee Columbro, 83, longtime Edmonds resident, died Saturday February 1, 2020, in her home surrounded by her loving family after a brief but courageous battle with cancer.

Karen was born October 19th, 1936, in Seattle to George and Daute Anderson, the oldest of five children. She graduated from Roosevelt High School and attended Seattle University, where she met a handsome young man who became the love of her life for over 62 years, Andy Columbro. They were married March 22nd, 1957.

Karen is preceded in death by her parents and her sister Susan Putnam.

Karen and her husband, Andy, were owners of Reliable Floor Coverings in Edmonds for over 55 years. Karen enjoyed golfing, and belonged to Inglewood CC in Kenmore, as well as Bermuda Dunes CC in Palm Desert, which was their second home for over 33 years.

Spending time with friends and family was such an important part of her life – she loved playing bridge with her lifelong friends and even took up Mahjong in recent years. Everyone who met Karen was immediately drawn to her and her infectious smile. She gave us love and encouragement and showed us through her strength that we could survive anything.

A Memorial mass was held on Tuesday, February 11, 2020, at Holy Rosary Catholic Church in Edmonds, Washington.

In lieu of flowers memorials may be given to: Stand up to Cancer https://standuptocancer.org/, or to the Providence Hospice of Snohomish County.