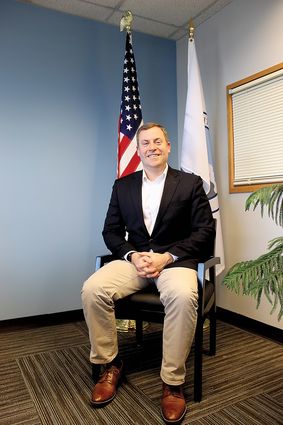 Mike Nelson, in his third-floor office at City Hall: "City government needs to do a better job of communication."

Editor's note: This is the first of a two-part feature on new Edmonds Mayor Mike Nelson.

Almost halfway into his first 100 days as Edmonds mayor, Mike Nelson has made the requisite visits to City staff – including one with custodians – and numerous "job for a day" outings, including Tuesday at the Frances Anderson Center front desk.

And Nelson's already answered a question that dogged him early in his campaign – why trade the legislative power of his City Council seat for that of the City's chief executive? – with a mov...