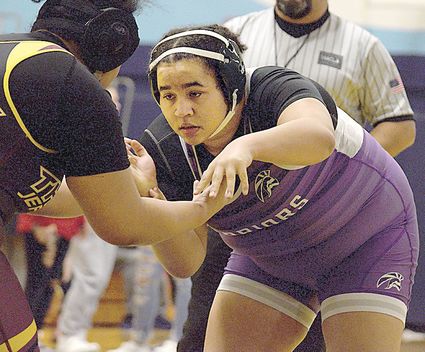 The last match of the Lady Knights Invitational lived up to all the high expectations.

Edmonds-Woodway senior Vatoria Keyes took on Thomas Jefferson senior Goddess Ma'alona-Faletogo in what could be a preview of the state girls wrestling finals.

In a back-and-forth match, Ma'alona-Faletogo scored the last three points to pull out a 9-6 decision over Keyes in the heavyweight finals Saturday, Jan. 25, at Mariner High School.

Keyes, who placed fourth at state last year, came into Saturday's tournament as the top-ranked heavyweight in the state, according to the online Washington Wrestling Report. Ma'alona-Faletogo, the No. 3 ranked heavyweight, finished second at state last year, losing 3-2 to Stanwood's Chanel Siva in the state finals. Earlier in the season, Keyes won a decision over Siva, who is currently ranked No. 2.

Keyes said conditioning played a role late in the match.

"I definitely would say it had a lot to do with my cardio at the time," she said. "I acknowledge that Goddess is a really, really good wrestler and she's a great opponent. But I definitely wasn't working the moves that I usually work and I let her take advantage of that."

The loss was the first of the season for Keyes, who defeated Ma'alona-Faletogo 2-1 at last year's Everett Lady Classic. 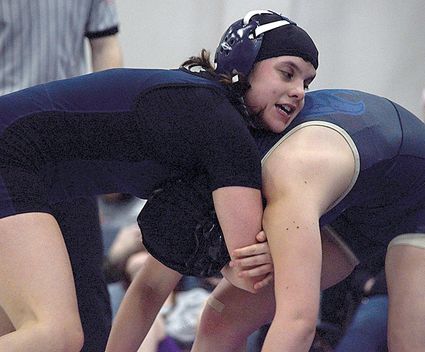 Meadowdale's Farrah Padilla finished fifth in the 135 division at the Lady Knights Invitational.

"I've been very, very confident in my abilities and I guess that I would never lose a match," Keyes said. "I learned that there are definitely girls up there that are able to beat me and there are still things that I need to work on for the next two weeks until the postseason."

Ma'alona-Faletogo is vision-impaired; during matches, opponents have to maintain contact with her.

"It's definitely a challenge being able to, I guess, work moves that I don't usually work to enable me to stay in contact with her," Keyes said. "She definitely is very, very strong. She's a great wrestler, and I need to work different moves when I wrestle her."