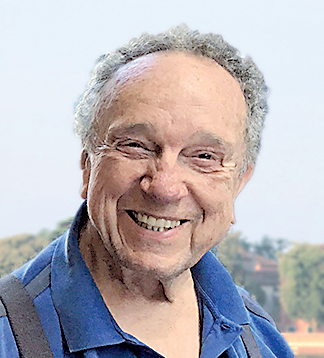 Captain G. Kirk Greiner Jr. of Edmonds Washington, age 88, died January 2, 2020. Kirk was surrounded by his loving family when he passed away peacefully while visiting family in Southern California.

Born in Philadelphia, PA, on August 30, 1931 and raised in Westport CT. Kirk went on to graduate from the United States Coast Guard Academy in 1953. His Coast Guard career spanned 29 years, culminating in an assignment as the Commanding Officer of the U.S. Coast Guard Station Portland, Oregon, from which he retired in 1978.

One of the notable events during that tour was the eruption of Mount Saint Helens. The eruption caused the complete closure of the Columbia River at Longview, WA, due to the filling of the river with volcanic ash, mud and debris that reduced the depth of the river from 40 feet to only 14 feet.

After retiring from the U.S. Coast Guard, Kirk started his own maritime consulting business where, over the next 30 years, he became internationally known providing marine safety expertise both as an advisor and an expert witness.

The sea and his family were his two great loves. Kirk continued pursuing his study of maritime law, marine safety and the sea for his entire life. He was an active member of several local and national organizations for the maritime and legal professions he loved.

He also worked to better his community and was a member of the Lynnwood, WA, chapter of Rotary International and a member of the Rotary Recreational Vehicle Fellowship for many years and enjoyed traveling with that group.

Kirk and his wife Jackie were married in 2002 and were frequent travelers to all points of the globe during their marriage. In addition to travel, Kirk enjoyed chartering yachts with his family, cruising Washington's San Juan Islands and British Columbia's Gulf Islands.

Additional details of his life can be found at http://www.cremationoc.com/obits/george-kirk-greiner-jr/.

In lieu of flowers, the family has requested that donations be made to the United States Coast Guard Academy, Class of 1953 Fund, 47 Mohegan Ave, New London, CT 06320, in accordance with Kirk's wishes.