"The Bible wasn't written by environmentalists, but having a few seminars such as these can bring new understanding" 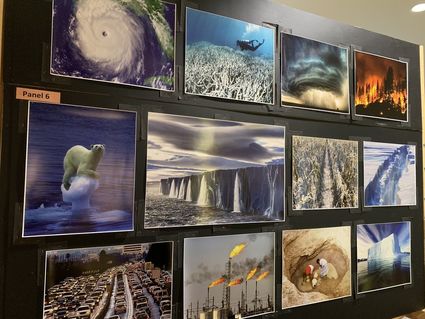 Local church group Advocates for Justice-Environment is hoping that talking about the climate crisis in worship will inform and help the community better understand what to do for the future.

The Beacon wrote an advance story on the "Climate Crisis Study" workshops Jan. 16.

"We distributed a survey in the church to see what people were interested in," said Gayla Shoemake, facilitator and chair of Advocates for Justice-Environment, during the first workshop, Jan. 19.

Inside the naturally lit library at Edmonds Methodist Church, the room for the church's first workshop on Jan. 19, "Climate Crisis: Is the Church Helping or Hindering?," was crowded with people from the community.

Shoemake and other members of the congregation hurried to bring chairs into the room as more and more people showed up throughout the hour-and-a-half workshop.

Pens, notepads, and informational handouts about climate change issues were provided to each attendee as Gibson touched on the importance of the climate crisis and how the church could help.

"The church can help by calling those things to our conscious," Gibson said. "The Bible wasn't written by environmentalists, but having a few seminars such as these can bring new understanding."

Gibson expressed that being unafraid to speak about climate issues in areas such as church is one way church leaders can bring community members together to figure out what's best for them.

"The church can hinder when it doesn't mention these things," Gibson said. "It takes work to think about the environment and the way we live. Having conversations and discussions can help us come up with ideas on what we want and should do."

While Edmonds United Methodist Church is bridging climate change and the church, its is not the first. According to Eco Church, a project launched in January 2016 by A Rocha, a Christian conservation charity, 2,000 churches in England and Wales registered to receive rewards by meeting various criteria, such as demonstrating how they look after their buildings, engaging with the local community, and changing the lifestyles of their congregation.

Advocates for Justice Environment has been working on climate change issues for several years, said Gibson and Shoemake, and they felt they needed to address their church and the community on how serious the issues have become now.

"Two years ago we were instrumental in creating, developing, and managing Taming Bigfoot Edmonds," Shoemake said. "It was a project in which Edmonds community members pledged to reduce their carbon footprint over a three-month period. Overall, they [community] had a 10 percent reduction in their carbon emissions."

The number of attendees during the church's first workshop showed the same enthusiasm for making a difference in the community as it did for reducing carbon emissions two years ago. More than 60 people attended, and most were from the community rather than the church, said Shoemake.

Attendee Jean Duncan, 69, and her husband Daniel Hendrick were just a few of the people there who decided to push themselves out of their comfort zone. 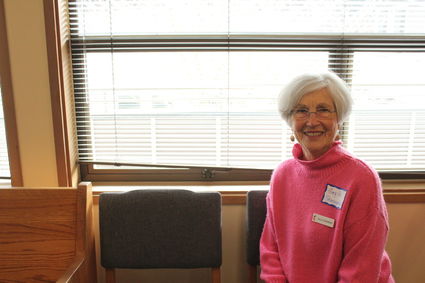 "We are both extremely concerned about climate change, and would like to push ourselves beyond our personal efforts to be mindful consumers, recyclers, travelers, and everyday citizens," Duncan said. "When I saw a flyer at the Walnut Coffee Shop for this series of talks, we decided to attend the first session."

Targeting the community and educating people who are new to or interested in ways to face climate change is the goal of these seminars, Shoemake said. Positive or negative, Advocates for Justice-Environment wants to let people know what is going on in their world.

"If a whole community did one small thing," Shoemake said. "It would make a difference."

Ayisha Guillen is a student in the University of Washington's News Lab.